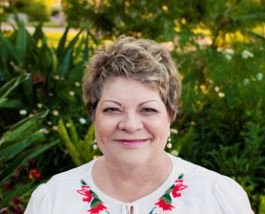 Having an active imagination as a child, Michele spent her childhood "pretending" with her best friend, playing cowboys and Indians, spies, dolls and anything else they could think of. Over the years, Michele doodled pictures and penned poetry for both adults and children, usually with some humor involved or a twist at the end.

Michele discovered she also had a talent for music at the age of 12, she spent much of her teenage years playing the violin and singing with a trio. The young trio found some popularity in their community and also performed on a local television show, competing in a talent competition up against none other than the now famous entertainer Wayne Newton, who was a young teenager himself at the time, singing locally with his brother, Jerry. Although writing is her current focus, Michele continues to sing whenever the opportunity arises and now enjoys the opportunity to direct her church choir as well.